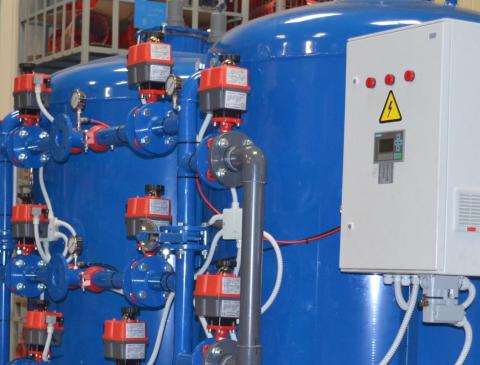 MULTIMEDIA filters are commonly used to reduce the degree of turbidity, ie to reduce the suspended solids which are usually small particles such as silt, clay, grit, organic matter, algae or other microorganisms.

MULTIMEDIA filters contain several media layers, usually from 3 to 5, consisting of anthracite, sand and garnet with a supporting layer of gravel at the bottom . Τhe filling of the media is based on their density, the denser is placed at the bottom of the tank, the less dense at the top. This arrangement allows the larger dirt particles to be removed near the upper media layers while the smaller ones within the lower layers.

When the filters are loaded with particles, the washing process is performed, during which the flow direction is reversed and the flow is increased to clean the filter.